Lukashenko Did not Rule out Joint Construction of a Nuclear Power Plant in Egypt with Russia
Fuel and energy, 21.02.2020, 13:20

Trend Inflation in Russia in October Fell to 5.12% 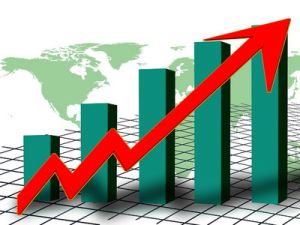 OREANDA-NEWS. Assessment of trend inflation in Russia (the indicator reflects the inflation trend, including medium-term inflation expectations, changes in absolute prices and the dynamics of monetary aggregates) in October 2019 decreased over the five-year time interval to 5.12% from 5.3% in September, follows from materials of the Central Bank of the Russian Federation. The trend inflation estimate, calculated over a shorter - three year - time interval, fell to 3.63% in October from 3.72% a month earlier.

"In general, the dynamics of indicators remains quite sensitive to temporary factors. In recent months, disinflationary factors began to prevail over proinflationary, which largely led to a decrease in estimates of trend inflation", the Central Bank said. Nevertheless, the regulator notes, the dynamics of the entire set of indicators characterizing inflationary pressure allows us to conclude that price increases, cleared of the influence of time factors, are slightly lower than the level corresponding to 4%

“The observed decrease in estimates of trend inflation over the five-year horizon is also partly due to the gradual departure from the calculation of high inflation rates of previous years”, follows from the materials of the Central Bank.