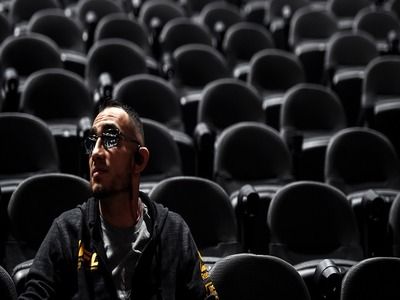 Media Found out Venue of the UFC 249 Tournament

Physical activityEventsSportSport objects
OREANDA-NEWS. The UFC 249 tournament will be held April 18 at the Tachi Palace Resort Casino, which is located on the land of the Indian reservation in the city of Lemore (California). It is reported by MMA Fighting.

The main battle of the tournament will be the duel of American athletes Justin Gatgi and Tony Ferguson. Gatji will be replaced at UFC by 249 Russian Khabib Nurmagomedov, who refused to enter the octagon in the context of the coronavirus pandemic. Tachi Palace Resort Casino previously hosted World Extreme Cagefighting (WEC) promotion fights. In 2010, the organization was absorbed into the UFC.

On the eve of UFC President Dana White said that UFC 249 and subsequent promotion tournaments will be held on one of the private islands. He didn't name the island, noting that he had booked it for two months. The promotion originally planned to host the UFC 249 in New York. Because of the pandemic, the competition had to be postponed.
Source: OREANDA-NEWS
Материалы по теме: