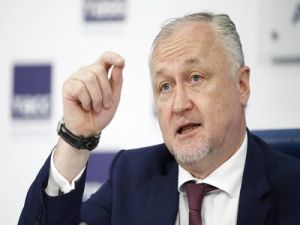 On Tuesday, the general meeting of RUSADA members (the board of founders) accepted the recommendation of the RUSADA supervisory board to disagree with WADA sanctions. RUSADA needed to send a notice of disagreement to WADA before December 30, which will now file a dispute notice to the Court of Arbitration for Sport (CAS).

On December 9, the WADA executive committee unanimously decided to strip RUSADA of compliance status. This will lead to sanctions against Russian sports: for four years, Russia will lose the right to hold the largest sports competitions and apply for them, the country's athletes won't be able to compete in world championships and the Olympic Games under the national flag. However, until the CAS verdict, these sanctions will not take effect.