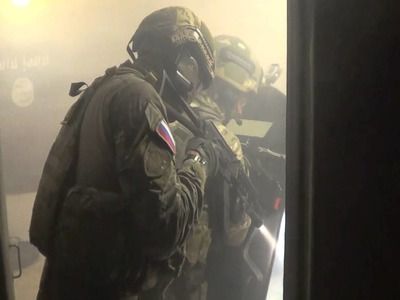 StatePublic order and securityState services to societyJustice
OREANDA-NEWS. Thirty-nine preparing terrorist attacks were averted in Russia this year. This was announced by the Director of the FSB of Russia Alexander Bortnikov at the international meeting of the heads of special services, security agencies and law enforcement agencies in Sochi.

“This year, 39 terrorist attacks were prevented at the preparation stage”, the head of the FSB said. In addition, 32 militants were neutralized this year, 679 were detained, 22 were inclined to abandon terrorist activities. "49 terrorist cells that planned attacks in various regions of Russia were eliminated", Bortnikov added.

According to him, in 2019 alone, about 7 thousand people were killed or injured from terrorist attacks in the world. In this regard, Bortnikov noted, representatives of special services need to adjust approaches to combating terrorism, increasing the effectiveness of interaction, expanding the implementation of agreed measures, increasing the exchange of relevant information and intensifying work in the information environment.