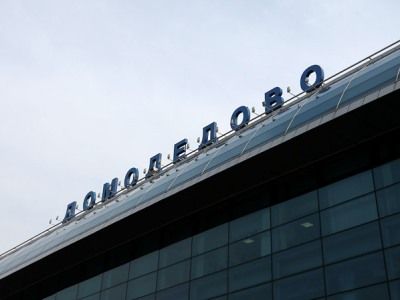 OREANDA-NEWS. At least 40 citizens of the State of Israel were detained at Domodedovo Airport near Moscow.

RBC news agency has got this information from the press service of the country’s Embassy in Russian capital. According to the diplomats, from 40 to 46 Israeli citizens were detained. “It happened right after the flight, at about 5 o’clock. They got off the plane, and some of them were immediately detained,” the press service noted. The Israeli Embassy added that they did not have information about the reasons for the detention.

It was said to reporters of the TASS news agency in the Embassy’s press service that the flight on which the detained Israeli citizens were flying arrived in Moscow from Tel Aviv.

RBC addressed the press service of the airport Domodedovo, and its representatives advised to contact the Border Control Service for comment. The latter said to journalists that they could not provide information on this issue.

Earlier, The Times of Israel newspaper reported that a group of eight Israeli businessmen was detained at a Moscow airport at the weekend, and then they were deported from the Russian Federation. According to the publication, these persons were representatives of large Israeli companies that flew to Moscow to hold meetings with Russian businessmen. Businessmen were detained for 12 hours before they were put on a flight back to Israel.

Information reported in the publication in The Times of Israel was confirmed by the official representative of the Ministry of Foreign Affairs of Israel, Lior Hayat.
Source: OREANDA-NEWS
Материалы по теме: