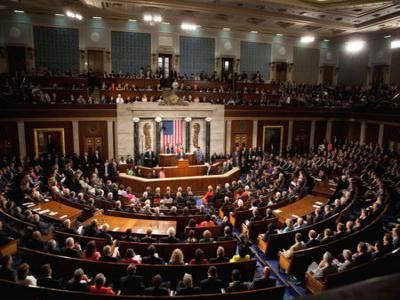 StateFuel and energyState management
OREANDA-NEWS. Republicans want to fast-track a vote on a bill to open the Arctic National Wildlife Refuge (ANWR) in Alaska to drilling, with a key panel vote set for next week.

US Senate Energy and Natural Resources Committee has yet to release text of the bill, which would seek to open a 2,000-acre portion of the so-called "1002 area" along the coastal plain of ANWR.

Democrats say the committee is trying to vote on that bill by 8 November, a timeline they say is not enough to consider lifting a decades-long ban on drilling in the refuge.

Republicans have long pushed to allow oil production in the 1002 area, which is estimated to hold 7.7bn bl of technically recoverable crude. Senate energy committee chairman Lisa Murkowski (R-Alaska) said the area the bill would open was a "very small" portion of ANWR that she said reflected an effort for compromise.

"What Alaskans are asking for is to develop just 2,000 federal acres within it - about one ten-thousandth of ANWR," she said today at a congressional hearing.

Republicans are seeking to allow drilling under a legislative process called budget reconciliation that could not be filibustered in the senate. That budget, approved last month, allows $1.5 trillion in tax cuts over the next decade and also requests $1bn in energy revenues that could come from leasing ANWR.

Drilling critics have doubted opening ANWR could raise $1bn, given that recent lease sales in northern Alaska have generated less revenue. Murkowski said it could generate that amount and that money in the first 10 years were "just the start" because oil production would continue for decades after it was leased.

Democrats were critical of the proposal to allow drilling in ANWR, which they said would harm animals the refuge was created to protect and would exacerbate climate change. The committee's ranking member Maria Cantwell (D-Washington) said trying to link arctic drilling to a tax bill was a "ludicrous idea" and promised a continued fight if Republicans succeed in opening ANWR to drilling.