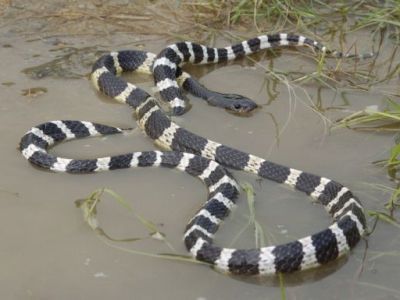 OREANDA-NEWS. Chinese scientists suggested that a human could have been infected with a previously unknown snake coronavirus.

“Results derived from our evolutionary analysis suggest for the first time that snake is the most probable wildlife animal reservoir for the 2019-nCoV,” the publication in the Journal of Medical Virology says. Scientists compared the genetic codes of the virus and various animals. The genetic codes of two species of poisonous snakes: many-banded krait (Bungarus multicinctus) and Chinese cobra (Naja atra), turned out to be the closest to the coronavirus.

Residents of China often eat snakes and other wild animals, the publication notes. According to a study by the Institute of Zoology of the Chinese Academy of Sciences, more than 60 % of the population in the south-west of the country ate wild animal meat at least once during the last two years.
Source: OREANDA-NEWS
Материалы по теме:

Immunologist: BioNTech/Pfizer Vaccine Is Effective Against Indian Variant of the VirusOreanda.ru | 28.04.2021 15:43:15