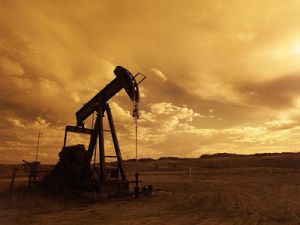 OREANDA-NEWS. May 25, 2018. Energy investors in Latin America watching potentially game-changing presidential elections are looking for reassurance that they can ride out the coming turbulence.

The question on the mind of many international energy executives is if a wave of pragmatic, free-market measures that have benefited countries like Brazil, Mexico and Colombia will continue, said Cecilia De La Macorra, ExxonMobil's government relations director for the Americas during the Institute of the Americas' Latin American energy conference in La Jolla, California.

"We have investment in most of these countries, and we have to see what this electoral cycle means for our business," De La Macorra said. "The risks and complexities of managing decades-long investments worth millions or billions ... do not always match the political calendar."

Regulators from Mexico and Brazil at the conference said they are well aware of the need to calm investors. In Mexico's case, a challenge will be trying to "soft land the implementation of the energy reform" in its final stretch, head of the country's energy regulatory agency (CRE) Guillermo Garcia Alcocer said.

The reform that dismantled Mexico's state energy monopolies was an intentionally "disruptive process," but one that needs to smooth quickly as it balances regulatory concerns with preventing barriers to increased investment in the next six months.

Presidential candidate and energy reform opponent Andres Manuel Lopez Obrador has a double-digit lead heading into Mexico's 1 July election. The current administration has accelerated many areas of the reform, which they have said will further cement it in place even if the next president does not support it.

Investors in Brazil have voiced concern that their own elections set for October could lead to radical changes in the country's oil and natural gas policies, a scenario that Brazil's national petroleum agency (ANP) board adviser Raphael Moura downplayed.