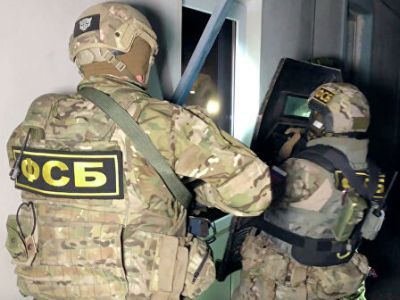 Extremist Group Was Detained in Tatarstan

OREANDA-NEWS. RIA Novosti news agency, citing a message from the regional department of the Federal Security Service (FSB) of Russia, reports that in the capital of Tatarstan, Kazan, officers detained members of the extremist group of the Islamist organization Takfir wal-Hijra banned in Russia.

According to the publication, a group of jihadists was preparing a number of crimes. They planned to collect money and go to Syria to join terrorists. In Kazan, they formed the Takfir wal-Hijra cell, which included three Russians and one Ukrainian citizen.

At four houses, officers of the FSB, the Ministry of Internal Affairs and the National Guard conducted searches and detentions. They discovered jihadist religious literature, cold weapons and a stun gun.

A case was initiated under the article “Organization of the activities of the extremist community” of the Criminal Code of Russia against all members of the group.
Source: OREANDA-NEWS
Материалы по теме: