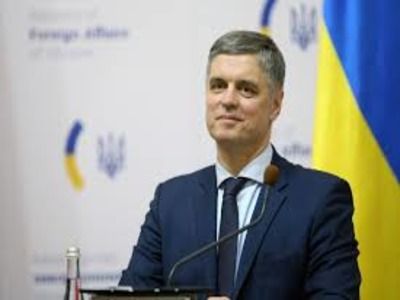 StateTerritorial administrationInternational activitiesMinistries and departments
OREANDA-NEWS. Mutual return of ambassadors between Ukraine and Russia, as well as the restoration of air communications between states can be negotiated. This was announced on March 4 by the Minister of Foreign Affairs of Ukraine Dmitry Kuleba.

“Of course, the country needs two strategies - the de-occupation of Donbass and Crimea. There is another strategy that is fundamental to the first two - is to attract investment and the revival of Ukrainian industry. The ultimate goal is one - to restore the territorial integrity of Ukraine and the withdrawal of the occupying country from our territory.

Russian Foreign Minister Sergei Lavrov said in February that Moscow would not mind again exchanging ambassadors with Ukraine. After that, at that time, Ukrainian Foreign Minister Vadim Priestayko said that Ukraine did not intend to return its ambassador to Russia, although embassies and consular services in the two countries continue to work.