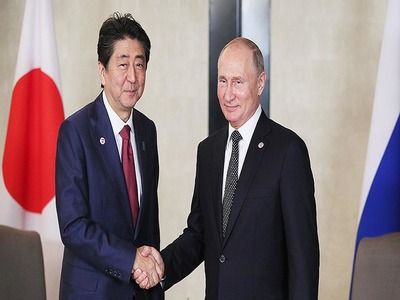 Former Japanese Residents of the Kuril Islands Sent a Protest to Deputy, Who Spoke about Seizure of Territories

StateTerritorial administrationInterstate relationsEvents
OREANDA-NEWS. A group of former Japanese residents of the South Kuril Islands sent a deputy to the national parliament Hodaki Maruyame, who some time ago offered to discuss the issue of a military seizure of the southern part of the Kuriles, an official protest. This was reported on Thursday by the Japanese news agency. “Your statements and your behavior were outrageous and deserve the deepest regret”, the text of the letter sent to the parliamentarian as a note of protest reads.

Earlier this month, Maruyama accompanied a group of former residents of the southern part of the Kuriles on their trip to Kunashir Island as part of visa-free exchanges. On May 11, at dinner, he publicly urged members of the delegation to comment on the advisability of a military seizure of these territories. The head of the group, on behalf of those present, replied that he would not like to use the word "war" in this case. However, the deputy did not stop and continued to start a conversation about the fact that the islands can be won back from Russia, although the head of the delegation responded to all such replicas that "war is not needed." During the conversation, Maruyama was reportedly under the influence of alcohol.

The act of parliamentarians triggered a storm of criticism and condemnation - the legislative assembly of the northernmost Japanese prefecture of Hokkaido unanimously adopted a resolution condemning the deputy, and the ruling Liberal Democratic Party of Japan and its younger ally in the ruling coalition, the centrist party Komeito, introduced the project to the lower house of the Japanese parliament. resolution condemning Maruyama. All six opposition parties in the country offer to adopt a document requiring the deputy to voluntarily resign.

Maruyama himself categorically refuses to hand over the mandate. He states that he did not call for a war to be launched to seize the islands, but simply suggested hypothetically discuss this issue. Such a statement, the deputy believes, does not violate the constitution of Japan, which proclaims the rejection of war as a means of resolving international disputes.