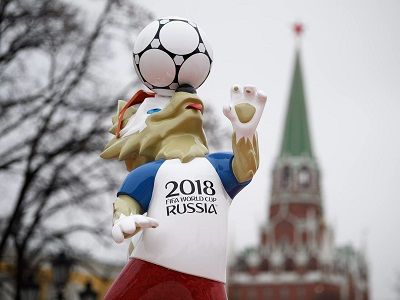 OREANDA-NEWS The growth of industrial production will increase  to 2.5% in annual terms by December, according to Thus forecast of Russian University of Economics  G. V. Plekhanov.

Positive dynamics shows  mining of minerals, producing of food products and beverages. In addition, there is an increase of sports goods production, which is associated with the World Cup. However, industrial production has risks of slowing down. It is associated with a wave of sanctions by the EU and the US.

The industrial production index will gradually increase over the next six months from 2.2% growth in July to 2.5% in December (year-on-year). In particular, the production of sports goods has increased in recent months. So, for six months they were produced by 48% more than a year earlier. The peak of sports products production was in January this year (an increase amounted to 90%). This is due to FIFA World Cup in Russia.

Industrial production is also steady growth, as well as the production of food and beverages. In the second quarter, they increased by 2.2 and 6.3%, respectively, according to RosStat. In addition, sustainable growth in the industry of wood processing and producing paper and paper products — about 10.9% of the increase in the second quarter. The of cars production in Russia increased by 19.8% in the first five months of this year, compared to the same period in 2017.

At the same time, the risk factors for the industry index are metallurgical production and a sanctions wave by the European Union and the United States. In June, the steel industry in annual terms decreased by 12.8%. This was due to the fall in global demand for steel products, strong dumping of their value by China and sanctions against Russian steel companies.

In General, expert believes, that Russian industry will grow by about 2.4% this year. After the new OPEC agreement  will be the growth of building materials and oil production.

In June, the OPEC  and some other countries agreed to increase the production of raw materials by 1 million barrels per day-up to 33.5 million barrels. As a result, oil production increased by 1.2% in June for the first time since August last year.