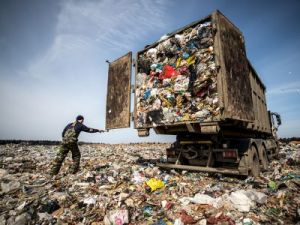 OREANDA-NEWS. Experts from Japan will help to solve the problem with garbage in Russia. The experience of Asian countries use and in the suburbs. This was announced by the Minister of housing and communal services of the region, Yevgeny Khromushina.

"The Japanese company from the group companies of Hitachi Zosen, in July this year, has received an order for construction of a waste incinerator in the suburbs. Its capacity to 7.6 thousand tons of garbage a day. Burning a day 7.6 thousand tons of garbage, the plant will simultaneously produce electricity, falling by half a million people," says Japanese Prime Minister Shinzo Abe.

According to the Executive Director of the Association "Pure country" Ruslan Gubaidulina, one in five kilograms of garbage is produced in the suburbs, and the number of musoroprovodnaja no one in the region.

The suburbs is one of the first regions had a reform in the field of waste management. Under the new environmental standard is the separate collection of waste and eliminating landfills.