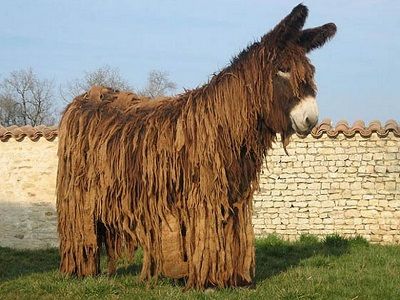 Mammoth Donkeys will Settle in the Moscow Zoo

OREANDA-NEWS. Two female giant mammoth Poitou donkey will be brought to Moscow zoo in the fall of 2019, from the Czech Republic. About this Agency city news "Moscow" have informed in a press-service of the zoo.

"Unusual mammoth donkeys, or donkeys Poitou, is situated in the Moscow zoo. Two females planned to bring from Vyskov zoo in the Czech Republic. Donkeys of Poitou appears in the collection of the zoo for the first time in its history. The arrival of these amazing ungulates in Moscow, scheduled for autumn," - said the Agency interlocutor.

Donkeys must deliver to Moscow until 28 July. Animals must be healthy and have veterinary accompanying documents.The name of the company, which signed a contract for the supply of donkeys, was not disclosed.

To confuse them with someone else is simply impossible: these ungulates have a bright appearance, characterised by long chocolate or black wool, hanging down to the ground and resembling a biker dreadlocks.