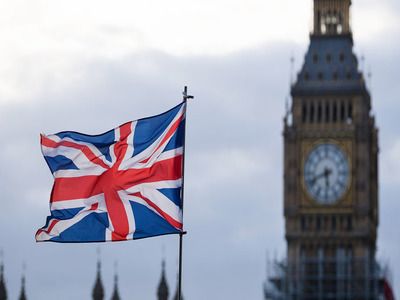 Media: London Is Ppreparing Its Own Sanctions Regime, Under Which Russians May Fall

StateInternational activitiesInterstate relationsState management
OREANDA-NEWS. The British authorities are preparing to launch their own sanctions regime, which is expected to take effect after the British exit from the European Union (Brexit). As the Financial Times wrote on Friday, citing sources in the government, sanctions may be imposed on citizens of the Russian Federation, Libya, North Korea and Saudi Arabia in connection with alleged human rights violations.

The Foreign Office, the newspaper notes, made a statement that a new sanctions regime could be introduced immediately after the country's exit from the EU on January 31. By-laws will be published in February or March, which will include a list of sanctioned citizens whose assets in the UK will be frozen.

The Financial Times adds that British Foreign Minister Dominic Raab plans to introduce a new sanctions regime in order to demonstrate the country's continued position after Brexit. In addition, new sanctions could be a response to concerns that the new British trade policy might violate human rights. Raab will use Magnitsky’s Amendment to the British Sanctions Act, which was adopted in 2018, which allows freezing assets and introducing visa restrictions for human rights violators.
Source: OREANDA-NEWS
Подписывайтесь на наши группы: Instagram | VK | Facebook | Twitter
Материалы по теме: