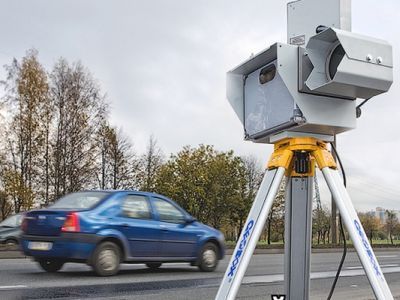 Putin uUrged not to Hide Tracking Cameras on Roads

OREANDA-NEWS. The President of Russia Vladimir Putin urged not to hide the road accident surveillance cameras on dangerous sections of highways. He said it during the meeting of the State Council on development of network of highways and traffic safety on Wednesday, June 26.

"The purpose of their installation - decrease in accident rate and traumatism on roads, saving of life of people. It is not necessary these cameras, especially on dangerous sections, to hide and hide. In this case there is a direct substitution of sense", - the president at a meeting of the State Council in the Kremlin which is devoted to development of highways in Russia and traffic safety said.

As a result, instead of disciplining drivers, they are just brought under a penalty, and it is not end in itself, Putin emphasized. He also noted that not only participants of a meeting, but also behind Kremlin perimeter should hear it.

Earlier in June the State Duma Committees on transport and state construction recommended to the Government of the Russian Federation not to cancel the so-called not fined speeding threshold in 20 km/h: at first it is necessary to check road signs on routes and the regional systems of fixing of violations.