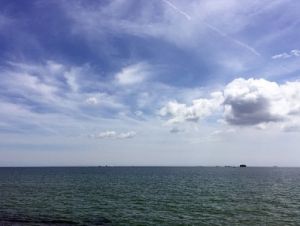 OREANDA-NEWS. Russians detained five fishing vessels belonging to a cooperative in the city of Nemuro in the Hokaido Prefecture. This was reported by NHK channel citing sources in the Japanese Ministry of Foreign Affairs.

According to the channel, the sailors were engaged in the fishing of octopuses. Journalists’ interlocutor noted that this activity did not go beyond the framework of the Russian-Japanese agreement on cooperation in the field of marine living resources, which has been in force since 1998.

According to the source of the TV channel, the vessel was detained in the course of the audit. The newspaper Hokkaido Shimbun writes that Russian border guards inspected eight Japanese vessels, three of them returned to Nemuro. The detained ships were transferred to the bay of Yuzhno-Kurilsk (Sakhalin Region, Russia).

In September, Russian border guards discovered North Korean schooners and motorboats in the Sea of ​​Japan which were engaged in poaching. One vessel was detained immediately, the crew of the second put up armed resistance; as a result, four border guards were injured. In this regard, a criminal case was opened under the article on an infringement on life of a law enforcement officer. In total, the Russian side detained 161 people. The Kremlin noted that the incident would not affect relations between Russia and North Korea.