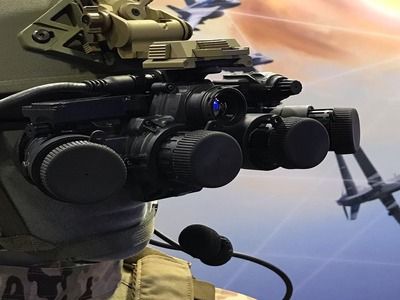 StateWholesale of non-motor vehiclesInternational activitiesNew technologies
OREANDA-NEWS. Shvabe Holding (part of Rostec) delivered a large batch of night vision monoculars to one of the countries in Africa. This was announced on Thursday in the press service of the state corporation.

The Shvabe holding of the Rostec state corporation exported a large batch of night vision monoculars in the interests of one of the countries of the African continent. The device is equipped with electron-optical converters of the second and third generation, as well as infrared illumination”, they said in Rostec.

The press service did not specify the volume of the batch and the amount of the contract, however, it was reported that PN21K monoculars manufactured by the Novosibirsk Instrument-Making Plant (part of the Shvabe holding) were delivered to the African customer. This device is compact in size, it can be equipped with various lenses and mounted on the head or helmet.

“In 2020, another major contract for the supply of similar products will be implemented”, Oleg Yevtushenko, executive director of the state corporation, quotes Rostec.
Source: OREANDA-NEWS
Материалы по теме: