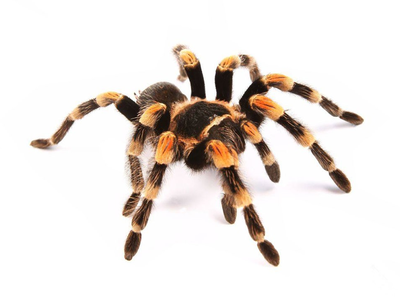 Scientists have Identified Creatures that Cause the Greatest Fear in Humans

StateSurvey researchWorld
OREANDA-NEWS Scientists at Charles University (Czech Republic) found out which living creatures most of all cause people to feel fear or disgust. To do this, they conducted a study in which two thousand volunteers identified the most frightening representatives of the fauna.

The participants were offered photographs and they had to evaluate which of the creatures represented on them was most afraid of them. As a result, spiders predictably took the lead. According to scientists, this attitude of people to them is due to the fact that their appearance is very different from human. In second place were snakes, which was also not surprising. But on the third line the bulls unexpectedly settled down, though human are already much less afraid of them than of creatures from the first two categories. In addition, in the top ten, cockroaches, ants, wasps, dogs, rats, bats, and also insect larvae firmly established themselves.

As for the creatures that cause the greatest disgust among people, tapeworms, worms and lice were identified here.
Scientists also asked to identify living things that do not cause any negative emotions. Here the leadership was taken by fish, cats and, to the surprise of many, snails.