Size of Some Social Benefits Increased from February, 1 in Russia 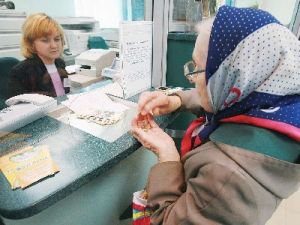 OREANDA-NEWS  In February some social payments and compensations have increased in Russia. The indexation was 4.3 percent. The corresponding resolution was previously signed by Prime Minister Dmitry Medvedev.

In particular, the amount of monthly cash payments received by 15.2 million beneficiaries has increased. Among them are disabled people, war veterans, citizens exposed to radiation, Heroes of the Soviet Union and Russia, Heroes of Socialist Labor and other citizens.

The set of social services included in the payment is also indexed, which can be provided in kind or in cash. His cash value will grow to 1121,42 rubles a month.

The kit includes the provision of medicines (863.75 rubles), vouchers to the sanatorium (133.62 rubles), free travel by train or long-distance transport to the place of treatment and back (124.05 rubles).

In addition, the funeral allowance, which the Pension Fund pays to the family of a deceased non-working pensioner, increased to 5,946.47 rubles.

Since January 1, old-age pensions have increased in Russia-they were indexed by 7.05 percent. This increase affected more than 30 million non-working pensioners.

On average, pensions increased by a thousand rubles — from 14,414 thousand in 2018 to 15,414 in 2019. But in each case, the increase depends on the length of service and income received by the pensioner.

This year, state employees expect an increase in wages — as reported by the Minister of labor and social protection Maxim Topilin, from October 1, they will be indexed by 4.3 percent. At the same time, we are talking about specialists who were not included in the May decrees of Vladimir Putin.

In addition, the regions will be allocated an additional one hundred million rubles to maintain the ratio of the average salary with the salary of teachers, doctors, researchers and social workers.

As follows from the operational report of Rosstat, in 2018, the real income of Russians fell by 0.2 percent. This is the fifth consecutive year of decline, although earlier the Ministry of Economic Development predicted their growth by 3.4 percent.

According to the Head of the Ministry of Economic Development - Maxim Oreshkin, salaries and pensions of Russians are growing, although not much. The most significant of the factors that inhibit the growth of real income, the Minister considers the payment of interest on consumer loans.