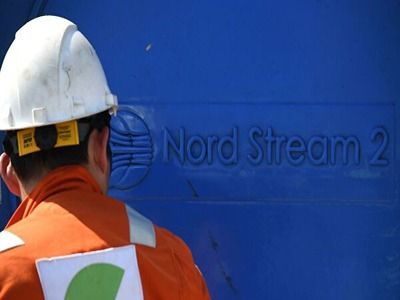 StateMinistries and departmentsInternational activitiesgas
OREANDA-NEWS. The adoption of the bill by the Bundestag of the Federal Republic of Germany on the implementation of the EU gas directive in German law with reservations that wouldn't apply to Nord Stream-2 means a depoliticization of the draft and recognition of its commercial nature by the German parliament. This opinion was expressed by the chairman of the State Duma Committee on Energy Pavel Zavalny.

“The adoption of such a decision by the Bundestag of the Federal Republic of Germany is a positive signal, it means the depoliticization of the project, recognition of its commercial nature, and emphasizes the importance of observing the rights of investors for Germany and its government agencies", said the deputy. Zavalny emphasized that Nord Stream 2 is a commercial project with understandable payback periods calculated on the basis of its project load.

The German Bundestag passed a bill on Wednesday to implement the EU gas directive into national law. It is assumed that the new measures regarding the project will only apply to the pipeline section in the territorial waters of Germany - the last 12 nautical miles of Nord Stream 2.