The Damage from Permafrost Thawing in Russia Was Assessed 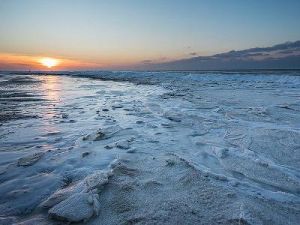 OREANDA-NEWS. Russia’s annual losses due to permafrost thawing range from 50 billion to 150 billion roubles (from 780 million to 2.34 billion US dollars), and in the future the amount will grow. It was stated in an interview with Bloomberg agency by the Deputy Minister for Development of the Russian Far East and the Arctic Alexander Krutikov.

According to the politician, thawing the soil threatens many buildings and other structures in the Arctic. “The scale is very large. Pipes burst, piles collapse,” Krutikov said. The Deputy Minister called the study of permafrost one of the priorities of the state and one of its forgotten tasks. “As a ministry responsible for the development of the Arctic, we cannot ignore this matter, since it directly affects economic development,” he added.

At the end of September 2019, the Intergovernmental Panel on Climate Change published a report warning of widespread permafrost thawing in the coming years and decades. Even if global warming is kept at a level below two degrees Celsius above pre-industrial level, by 2100, approximately 25 % of the near-surface (3–4-meter depth) permafrost will thaw. If greenhouse gas emissions continue to increase, there is a possibility that approximately 70 % of all near-surface permafrost can be lost, the document said.

Earlier, experts estimated the possible global losses of the economy due to the thawing of permafrost in the Arctic at 24.8 trillion, or even 66.9 trillion dollars.