The Kremlin Appreciated the Idea of Refusing to Destroy Sanctions Products 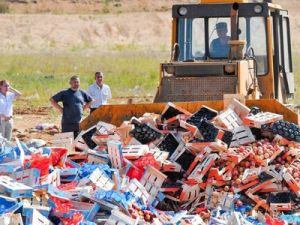 OREANDA-NEWS The existence of sanctions products should not become a ground for abuse. This was stated to journalists by the press secretary of the President of Russia Dmitry Peskov, the RBC correspondent reports.

According to Peskov, it is very important that the sanctions products remain sanctioned and not become an area of ​​abuse.

Deputy Prime Minister Alexei Gordeyev, who oversees agriculture, has previously proposed to work out the use of seized sanctions products, if they are suitable for consumption. Gordeev said that to destroy food is basically wrong.

Thus, the Cabinet supported the idea of ​​Rospotrebnadzor to legally prohibit the destruction of food suitable for food. The service, in particular, proposes to use them as sources of bioenergy.