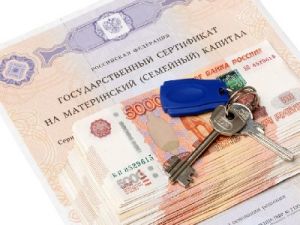 OREANDA-NEWS Preparation of proposals for the extension of the maternity capital program after 2021 is included in the action plan of the strategic planning of the Ministry of Labor of the Russian Federation, write on Wednesday Russian media.

In the schedule, which read "news", stated that the initiative is considered in the framework of the Federal project "Financial support for families with children," which runs until 2024. The proposals themselves should be prepared in the third quarter of this year.

According to newspapers in the office of Deputy Prime Minister Tatyana Golikova, the maternity capital program will be extended after 2021"with a high probability", as Golikova herself reported in September 2018.

It is noted that the Ministry of labor did not answer the question of the publication about whether it is planned to extend the maternity capital program after 2024, but stressed that in 2019, the specialists of the Department will analyze the effectiveness of mechanisms for managing funds and, if necessary, propose amendments to the legislation.

The maternity capital program, launched in 2007, was designed for 10 years, then extended twice, the last time-until the end of 2021.