Venezuela has begun to proactively shut in oil production 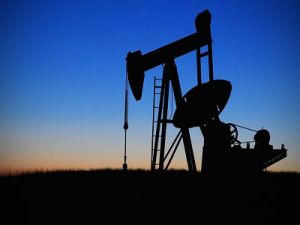 OREANDA-NEWS. June 13, 2018. Venezuela has begun to proactively shut in oil production to cope with nearly replete terminal storage, further accelerating an output decline and bringing the Opec country closer to the psychological barrier of 1mn b/d.

Average production cited by secondary sources published by Opec pegged Venezuela's May output at 1.392mn b/d, down by 42,500 b/d from 1.434mn b/d in April. Argus estimates May production at around 1.45mn b/d.

So far in June, the outlook for Venezuelan production is grimmer. Venezuela was producing about 1.5mn b/d at the start of May, including roughly about 800,000 b/d in the Orinoco oil belt and a combined 700,000 b/d in the company's eastern and western divisions. But output in early June has dropped to 1.1mn-1.2mn b/d, according to three PdV officials.

It was not immediately clear where PdV is closing taps to manage the storage restrictions.

An output decline to about 1.1mn b/d in June, the lowest monthly level in nearly 70 years, is "not unrealistic given current circumstance and restrictions on PdV's operations," the executive added.

A senior energy ministry official, a frequent government critic, says the gaps with the official data in May are a "reflection of increasing presidential palace pressures" on energy minister and PdV chief executive Manuel Quevedo to reverse Venezuela's upstream decline.