Withdrawal of Money From Russia Decreased by a Quarter 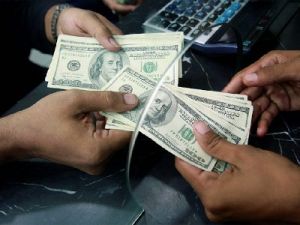 Compared to 2017, the withdrawal of funds abroad decreased by 24%, and the cashing out of money in the banking sector decreased by about two times. Last year, 57% of all cash-out operations were related to the issuance of money from accounts and Bank cards of individuals.the most popular ways of withdrawing funds abroad were advance payments, which accounted for 32% of such transactions, and transactions with services, mainly container shipping, which accounted for 23%.

"With a significant decrease in the volume of cash in the banking sector in 2018, its flow to the non — banking sector increased, which affected the growth of transit operations of increased risk for non-cash compensation of cash proceeds "sold" to third parties by trading companies and distributors," the representative of Central Bank of Russia said.

Note that the Central Bank of the Russian Federation calls doubtful transactions financial transactions, in the Commission of which there is no economic sense. As a rule, such transactions are concluded to withdraw money from the country, to avoid taxes, to legalize the funds obtained by criminal means, or to Finance illegal activities.

As previously reported by Russian media, in January 2019, the volume of mortgage loans issued to the population increased compared to the same period last year. The increase was 12.7%, according to the report of the Central Bank.