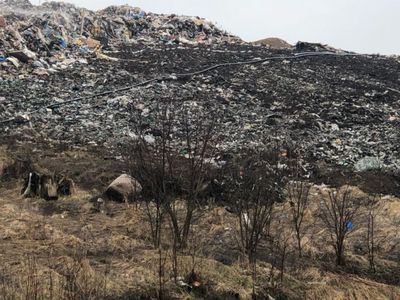 Works at the Novosyolki Training Ground will be Shown Online

OREANDA-NEWS. Reclamation of the oldest landfill in Novosyolki in the Vyborg district of the Leningrad region from the beginning of September will be available online.  Information about such a decision was reported in the administration of the governor of St. Petersburg.

Live broadcasts will be available in the beautification committee section.  The Governor of St. Petersburg, Alexander Beglov, instructed to install cameras at the oldest landfill, after yesterday's inspection of restoration work.  He noted that the unpleasant smell from the landfill, which residents of nearby areas complained about, had completely disappeared.  In addition, the seagulls feeding in the landfill have disappeared, since more than half of the slopes of the huge pile are already covered with sand and covered with insulating material.

At the second stage, it is planned to import fertile soil, sow an isolated pile of waste with grass and shrubs, and rebuild filtration facilities.  This process will begin in 2021 and will last another 2-3 years, the press service of Smolny.

The technological phase of land reclamation will be completed by September 30 of next year.  More than 750 million rubles were allocated from the city budget.  The first stage, among other things, includes the construction of a degassing station.