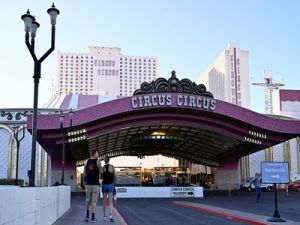 OREANDA-NEWS. Two of the largest casino hotels in the world will immediately change owners. MGM Resorts International (MGMRI) has announced binding agreements to sell its Lasagas-based Bellagio and Circus Circus.

As part of the first of the transactions, which is planned to close before the end of 2019, the new owner of the Bellagio hotel-casino (more than 3.9 thousand rooms, 15th place in the rating of the largest hotels in the world) will be a joint venture between MGMRI and Blackstone Real Estate Income Trust ( BREIT). MGMRI's share in the joint venture will be only 5%, for the remaining 95% the company will receive $ 4.2 billion. Under the terms of the agreement, the new owner of Bellagio will transfer the hotel-casino for rent to its daughter MGMRI, which will pay $ 245 million annually.

The new owner of the Circus Circus complex (more than 3.7 thousand rooms, 17th place in the rating of the largest hotels) will be a company affiliated with Phil Ruffin, who owns the Treasure Island casino hotel in Las Vegas (more than 2.8 thousand numbers , 30th place). Under the deal, MGMRI will receive $ 825 million, of which $ 662.5 million will be received immediately, and the payment of the remaining $ 162.5 million will be delayed until 2024.