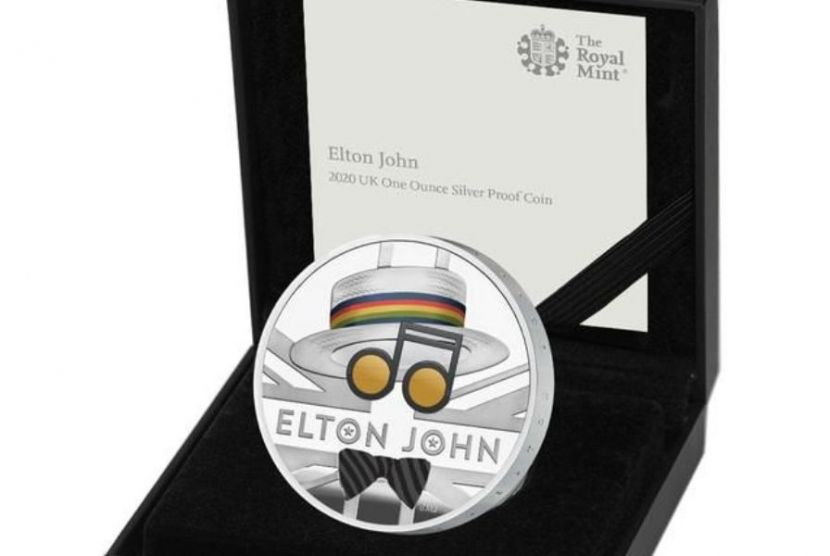 OREANDA-NEWS. The Royal Mint decided to mark more than half a century of the work of British musician Elton John with a golden commemorative coin with a face value of 1 thousand pounds of sterling (1,247 US dollars). The auction value of it, according to experts, exceeds 68 thousand pounds.

Designed by artist Bradley Morgan Johnson, the coin features a straw hat, round glasses of two notes, a bow tie, and the inscription Elton John. The same image adorns coins in honour of a rock musician in other performances.

Over 250 million copies of the albums of the 73-year-old musician were sold worldwide. Recently, he was forced to interrupt the world tour Farewell Yellow Brick Road due to the coronavirus pandemic.

At the beginning of 2020, the Royal Mint issued a commemorative coin in honour of the rock band Queen. The coin was the first in the collection named Legends of Music.