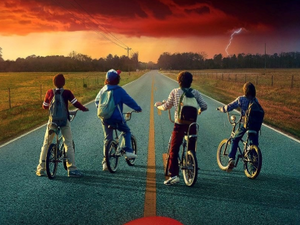 Netflix has Released Copies of Bicycles From the Series "Stranger Things»

Culture and leisureArtFilm industry
OREANDA-NEWS.A copy of the vintage BMX-bike, which moved in the film Lucas, presented the company Schwinn. Collectible bikes were sold out in a few hours on Amazon for $ 350.

Together with Netflix Schwinn also introduced similar retro cruiser shirt. It was released only 500 bicycles, which for 379 dollars were sold only in the United States.

Company Mongoose has released a yellow bike, which in the new episode will move Mad Max. It sold for $ 220 at Target's online store.