China Announced Third Level of Hazard because of Bubonic Plague

41 People Died because of Floods in Southwestern Japan

Taliban Representative Denies the Fact of Collusion with Russia 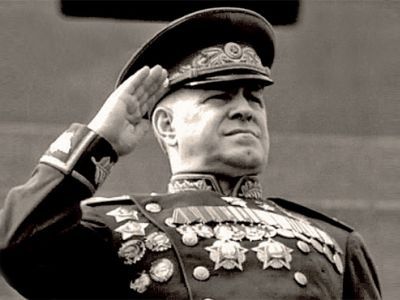 OREANDA-NEWS. A four-meter copy of the Irkutsk monument to Marshal Zhukov was installed in the Mongol regional center of Khalkhin-Gol, according to the website of the government of the Irkutsk region on Thursday.

Victory Marshal participated in the battle with the Japanese at Khalkhin Gol, which ended in the defeat of the Far Eastern aggressor.

Moreover, after a crushing defeat, the Japanese did not dare to engage in any clashes with the USSR, which helped the country a lot during the Great Patriotic War.

The monument in Mongolia was erected as part of the Russian-Mongolian Initiative program by agreement of the Governor of the Irkutsk Region Sergey Levchenko and the President of the country, Khaltmaagiin Battulgi.

The President of Mongolia personally inspected the construction of the new center, congratulated on the successful installation of the monument and expressed gratitude to the Governor Sergey Levchenko.