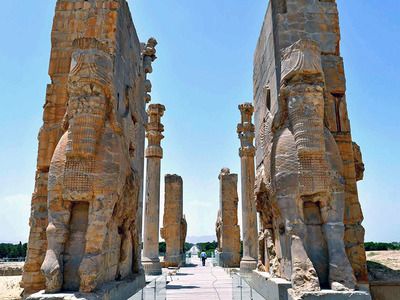 Культурное наследиеMilitary securityInterstate relationsEvents
OREANDA-NEWS. Iranian Foreign Minister Mohammad Javad Zarif called cultural terrorism the threats of US President Donald Trump to attack Iranian sites, many of which are on the UNESCO World Heritage List. He stated this on Monday.

"The threat of the US president to destroy cultural sites in Iran means cultural terrorism at the international level", the news agency quoted as saying. He added that "this fact is a continuation of Washington’s policy of violating international law in order to break the resistance of the Iranian people".

According to the minister, "on the one hand, the US is resorting to economic terrorism in order to limit access to food and medicine for people in Iran." "On the other hand, they use state terrorism and kill one of the most beloved figures in the country and the region - General Kassem Suleimani", he said.

The words of the Iranian minister were another reaction to the statements of US President Donald Trump, who said on January 4 that the United States would "very quickly and very strongly" attack 52 Iranian sites, some of which are very important for Iran and Iranian culture, in response to any potential attack by Iran.