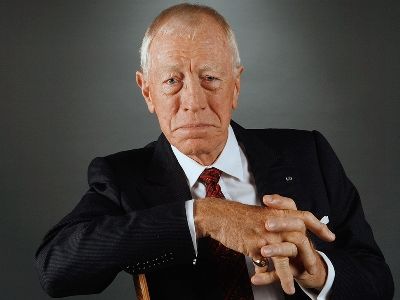 OREANDA-NEWS. Swedish actor Max von Sydoq died at the age of 90. This was reported by the magazine Paris Match with reference to his wife, Catherine von Sydow.

The Union of Cinematographers of St. Petersburg Was Suspended Due to COVID-Violations at the «Artdokfest» in RussiaOreanda.ru | 26.04.2021 14:33:45