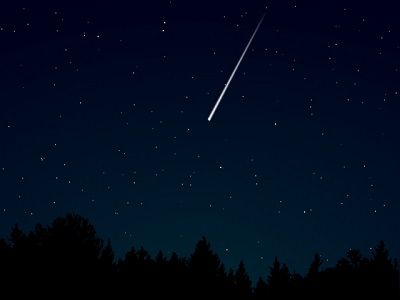 Culture and leisureScience and engineering

OREANDA-NEWS The most striking astronomical phenomenon of autumn –  meteor shower Draconids – in the night of Tuesday will be observed in all regions of Russia to the naked eye, said the experts in astronomy.

"Draconians-sounds very menacing, but in fact it's just astronomical phenomenon – meteor shower. The name of this stream, like all other "Starfall", came from the location of the radiant, the imaginary point of departure of meteors. The Draconid radiant is near the head of the Dragon. Mother of this astronomical event is the comet 21P/Giacobini – Zinner. It particles of its tail burn up in the atmosphere during Draconid", – said Eugene Baransky - the Director of the Samara club of Amateur astronomers "Astrocamera".

Draconians - one of the meteor showers, which is observed annually. Most of its time it is not active, but sometimes there are powerful outbreaks, when there are several thousand meteors per hour. The last time such a bright phenomenon occurred in 1933 and 1946. This week, the meteor shower is recommended to be observed from 8 to 10 October, but it should not be more than 10-15 meteors per hour, said the scientific Director of the astronomical Observatory Ka-Dar, the Creator of the project" Astroverts " Stas Short.

The peak of the flow of Draconis will be at 2: 00 GMT, that is, in the morning Moscow time, but it will be possible to observe it from Monday evening until dawn. Starfall will look like a slow-flying meteors, because the speed they have low-only 20 kilometers per second, said Korotkii.

"In Yaroslavl has already seen a single Draconid meteors. During peak activity, which is expected on Tuesday night, up to 20 meteors per hour are expected. This is a rather unpredictable meteor shower. In the XX century there were very large outbreaks, this year is not expected," added Methodist cultural and educational center named after V. Tereshkova in Yaroslavl Olesya Romenskaya.

Watch the Starfall, according to experts, it is best in 30-40 kilometers from major cities, away from street light sources, it is desirable that there was an open horizon. The flow is observed only with the naked eye, because meteors fly unpredictably through any part of the sky, and a special technique will only narrow the field of view, astronomers said.