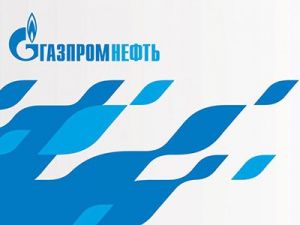 OREANDA-NEWS. Gazprom Neft, together with partners (Salym Petroleum Development (SPD), Tyumen State University and Norkem), is implementing a programme on the domestic production of surfactant agents for use in surfactant-polymer (SP) flooding*, resulting in 11 new surfactant agents — capable of replacing international competitive products — being synthesised in Russia for the first time. Under testing, the cost of domestic synthesised products is, already, significantly lower than imported alternatives.

Joint work by specialists from Gazprom Neft, SPD, Tyumen State University and Norkem has included analysis of the physical and chemical processes of SP flooding, and the development of a mathematical model of the chemical’s molecular structure, which has also been synthesised in various forms. New surfactants have now undergone physical and chemical testing. The most promising of these will undergo fluid loss tests on core samples, followed by down-well testing at Gazpromneft-Noyabrskneftegaz’s Kholmogorskoye field.

The impact of SP flooding at the Kholmogorskoye field is expected to be in the order of 34.4 million tonnes of additional oil production. Scaling up SP flooding across current Gazprom Neft assets could result in additional production reaching 172 million tonnes. Specialists at the Gazprom Neft Science and Technology Centre are continuing to optimise the surfactant molecule obtained through synthesis.

Mars Khasanov, CEO of the Gazprom Neft Science and Technology Centre, commented: “Until now we have not had either the technology or the resources within Russia to synthesise surfactants capable of being used in the cocktail used in SP flooding. This technology means we can give a new lease of life to mature fields and significantly increase the oil recovery factor. Testing at the Kholmogorskoye field will give an indication of the effectiveness of using new surfactants and the technological potential of this method for increasing oil recovery. It is important to note that we are testing this technology in pilot projects, but its full-scale implementation will require the application of a supportive tax regime. Even in the West, where taxation of upstream companies is significantly different to our own, this technology is still being used selectively, as a rule, since there are still ‘easier’ reserves to develop.”