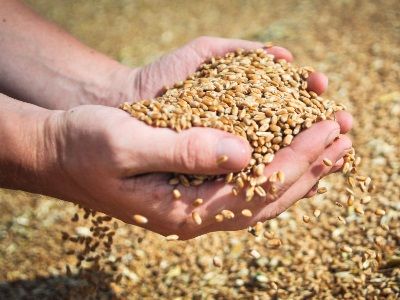 OREANDA-NEWS  Farmers of the Rostov region collected this year almost 11 million tons of grain and leguminous crops, which exceeds the average annual indicators of the region, the regional government reports.

"The Rostov region has once again proved that it is a reliable guardian of the country's food security. Almost 11 million tons of grain plus 1.35 million tons of oilseeds are not just another beautiful figures of the don harvest, it is the reliability and prestige of the don region in the Russian food market", — quoted the Governor of the region Vasily Golubev.

He noted that thanks to the conscientious work of all workers of the village, the Rostov region remains among the Russian leaders of the agro-industrial complex. Thus, according to the results of ten months of this year, the region is in the top five for the production of grain and sunflower, eggs, milk and vegetables, as well as in the top ten regions for the production of meat.

At the same time, the Rostov region is in the first place in the export of food products and agricultural raw materials.

It should be noted, by the way, that the don continues to increase exports of agricultural products — and it is no accident, of course, that the region takes the 1st place in the supply of food products and agricultural raw materials abroad.

However, it is clear that in order to achieve such results, there must be a quality base — first of all, in terms of management and financing.

And the figures correspond to the following: this year, 7.12 billion rubles were provided to support the agricultural sector and social development of the village by budgets of different levels, and this is almost four dozen areas in which cash assistance is provided to the village, which allows to open new production, increase agricultural land, create farms.

For example, in the framework of grants to the Rostov region, eleven family livestock farms appeared during the year, and more than a hundred novice farmers received assistance. But, of course, the most significant support is for those who have already proved their effectiveness in work. It is, in particular, that in the framework of concessional lending in the Rostov region was issued short — term loans for 12.5 billion rubles, of which 1.7 billion-is the money provided to peasant farms.

And another 6.6 billion - preferential investment loans, that is the basis for the development of projects in the agricultural sector. And, as noted in the regional Ministry of agriculture, 2018, the number of applications for financing of new construction has increased significantly due to this form of support, which is explained by the expansion of lending directions.