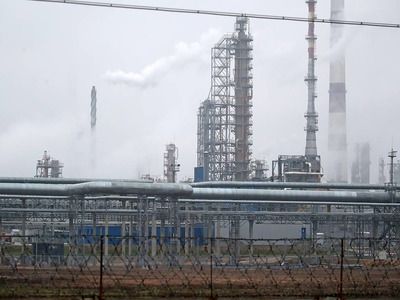 Fuel and energyOilInternational activitiesWholesale of non-motor vehicles
OREANDA-NEWS. Belarusian oil refineries (refineries) began to conclude contracts for the volume of oil supplies from Russian oil companies (NK) in April, oil prices were at $ 4 per barrel. This was announced on Friday by the press secretary of the Belarusian state concern Belneftekhim Alexander Tishchenko.

“Yesterday, April 2, 2020, Belarusian refineries began to contract oil supply volumes from NK for April. In total, according to commercial offers from resource holders, it's planned to supply raw materials in the amount of up to 2 million tons”, Tishchenko said in a statement. “At the time of confirmation of resources suppliers' prices for Urals oil for Belarus amounted to $ 4 per barrel".

Belneftekhim recalled that, as previously stated by the RF Ministry of Finance, "they will be able to do inter-budget settlements only after signing the contracts". “In the comments of the parties there are no contradictions either in price, or in the volume of deliveries, or in terms of premiums to Russian oil companies”, the Belneftekhim press service noted.
Source: OREANDA-NEWS
Материалы по теме: