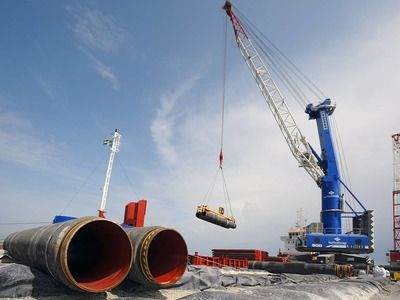 Fuel and energygasInterstate relationsInternational activities
OREANDA-NEWS. France opposes any extraterritorial measures by the United States with respect to the Nord Stream 2 project. This was stated in an interview with the Russian media by the Minister of Economy and Finance of France Bruno Le Mer.

“France continues to defend the objective application of EU legal regulations regarding the Nord Stream 2 project, both in terms of its advantages for the entire European Union and for the interests of Engie, of which the state is a shareholder”, he said. As the French minister emphasized, Paris "fundamentally opposes any extraterritorial measures, and not only within the framework of this exceptional project". "France reported this to the American leadership", he added.

Last week, the US Senate included provisions on the imposition of sanctions on participants in the Nord Stream 2 project in the bill on the military budget for next year. The United States strongly opposes the new gas pipeline from Russia to Europe.