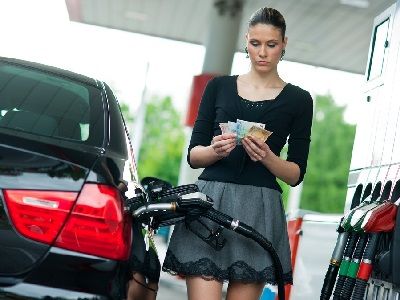 OREANDA-NEWS Independent owners of the gas station and the Federal Antimonopoly service (FAS) have achieved a change of wording in the terms of the government's agreement with oil companies to freeze fuel prices, which was concluded in early November. This said the President of The Russian fuel Union (unites the owners of independent gas stations) Eugene Arkusha.

We are talking about the fact that the owners of independent gas stations (unlike large oil companies, they have no fields or processing plants) have the right to raise fuel prices by a maximum of 4% relative to retail prices at gas stations of large companies, Arkusha explained. This was confirmed by Deputy head of FAS Anatoly Golomolzin.

Presenting the agreement with the oil companies, involving the freezing of prices for gasoline and diesel fuel at the beginning of June until the end of 2018, November 12, Deputy Prime Minister Dmitry Kozak said that he had instructed the FAS and the Federal tax service to check the owners of independent gas stations and "pay special attention" to cases of abuse of prices by more than 4% compared to the level established by the agreement.

Initially, the government's agreement with the oil companies "made a mistake", so Russian fuel Union asked the FAS and the Ministry of energy (signed the agreement on behalf of the government) to eliminate it, Arkusha said. In the Protocol following the meeting Kozak indicated that independent gas stations can sell fuel no more than 4% higher than the indicative price, which meant small wholesale, not retail prices, said Arkusha.

Clarifications have already been prepared that eliminate legal uncertainties in the interpretation of the Protocol of the meeting of Kozak with oilmen, Golomolzin added. "Such changes have been made because the conditions of the retail chains of large companies are different [from independent]: their gas stations have a higher strait (the volume of fuel sales) and are located in more successful places," he said.

However, the Deputy head of the FAS said that does not expect a rise in prices at gas stations in connection with this clarification.