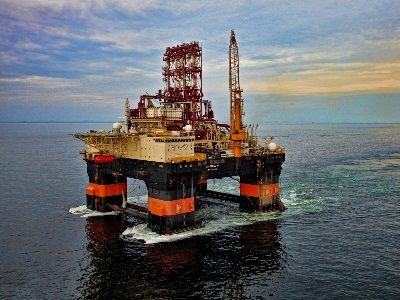 OREANDA-NEWS The Italian company Eni "realized its right" to withdraw from the joint project on oil production in the Black sea. This is with reference to an unnamed representative of the government apparatus reported by Russian media. According to agencies, journalists were told about this before the meeting of Prime Minister Dmitry Medvedev with his Italian counterpart Giuseppe Conte.

Eni stopped the work of the joint venture with Rosneft in March, after the drilling of the first superdeep search well on the license area of the West black sea area was completed, the Agency's interlocutor said. With regard to the joint projects of the two companies on the shelf of the Barents sea, "the conditions for their temporary suspension are being discussed," the representative of the Russian government office added.

Press Secretary of Rosneft Mikhail Leontiev refused to comment on the statement of an unnamed official of the government.

"Rosneft" and Eni in June 2013 to implement the project of development of offshore fields in the Black (Western black sea) and Barents (areas of Fedynsky and Central-Barents) seas. The share of Rosneft in the joint venture is 66.67%, Eni-33.33%.

As a result of drilling of the first superdeep prospecting and appraisal well "Maria-1" oil was not found in the Black sea. The depth of the sea at the drilling point is 2109 m, the actual depth of the well was 5265 m.

The fact that Eni has frozen the project with Rosneft on the black sea shelf due to US sanctions, was reported in March. In addition, in January, Emma Marcegalya, Chairman of the Board of Directors of Eni SpA, spoke about the suspension of work with Rosneft in the Black sea during the world economic forum in Davos. "We got US authorization, started drilling, but now we had to stop," she said, noting that the permission of the US authorities Eni is necessary, as the company's shares are traded in the US. However, after this speech, the press service of Eni issued a statement of the top Manager, which said that Marchegalya only meant that Eni is constantly watching to ensure that its actions do not violate existing sanctions.

On the suspension of joint ventures "Rosneft" and the Italian Eni because of U.S. sanctions in may also reported the newspaper "Kommersant". However, then Rosneft denied reports of Eni's withdrawal from joint projects, saying that the companies "remain partners" and will implement them, as long as "sanctions allow".