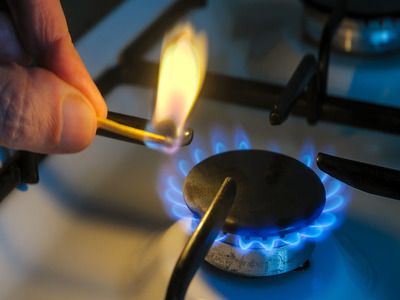 Fuel and energygasInternational activitiesOther transport activities
OREANDA-NEWS. The Ukrainian authorities do not exclude the possibility of buying gas in Russia on market conditions, said the head of the Ministry of Energy and Coal Industry Alexei Orzhel. According to him, the Ukrainian-Russian negotiations are being conducted constructively, and the issue of direct deliveries will be discussed during further consultations. The Minister noted that Ukraine insisted that direct gas supplies, if any, be conducted at market prices, which should decrease with an increase in procurement.

“We are talking about the fact that there may be other suppliers to Ukraine, not only the entire volume can be delivered from the Russian side. At the same time, there may not necessarily be Gazprom on the Russian side, there are other suppliers, other companies that can do this”, said Orzhel, answering journalists' questions at a briefing broadcast by the Ukrainian TV channel.

The minister explained that Ukraine is interested in acquiring a certain amount of gas on competitive terms, but this remains the subject of further consultations. “Everything is in the hands of the market. If we exclude the completely political moment, and there is no pressure from the Russian political side, and we are moving into purely economic relations that are mutually beneficial and beneficial for Ukraine, I want to emphasize, then we will consider this”, Orzhel said.

According to the legislation in force in Russia, Gazprom holds a monopoly on the export of pipeline gas. NOVATEK may export liquefied natural gas for export, however, its deliveries to Ukraine are unlikely due to the lack of regasification facilities in Kiev. However, at the end of August, the Energy Resources of Ukraine company agreed with the Polish PHNiG on the purchase of natural gas obtained as a result of regasification of American LNG delivered to the Lech Kaczynski terminal in the Polish city of Swinoujscie on the Baltic Sea.