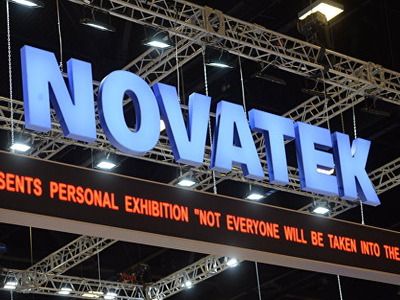 Michelson: Novatek Has No Contradictions with Gazprom on Competition in Europe

Fuel and energygasOther transport activitiesInternational activities
OREANDA-NEWS. Russia's largest independent gas producer, Novatek, believes that there are no contradictions between it and Gazprom on the competition in Europe of pipeline and liquefied natural gas (LNG). European consumers of Novatek LNG will not buy pipeline gas from Russia if Novatek leaves the market, but they will buy LNG from other countries, and Gazprom understands this situation, the head of Novatek Leonid Mikhelson told reporters on the sidelines of the World Economic Forum Davos.

“We have no difficulties with Gazprom”, he said. “Any consumer does not want to buy from one producer: he wants to buy from Gazprom, Algeria, Norwegians, including all consumers who now include LNG in their portfolio. There will be "Novatek" or not, they will still buy LNG, so let it be better than Russian LNG. Gazprom understands this".

According to Michelson, Novatek supplies LNG to 28 countries, with more than 50% of its volume going to the markets of Asia, not Europe. He noted that the existing statistics are incorrect, since a significant part of Novatek's deliveries to Europe after transshipment is subsequently sent through the Suez Canal to Asia, and part goes to the Spanish market, where there is no pipeline gas from Russia.

Mikhelson emphasized that in March-April all long-term contracts with Yamal LNG will work, and they are mainly focused on the Asian market. He added that the medium-tonnage Cryogen-Vysotsk is selling LNG through Gazprom Export, so there is no talk of competition with Gazprom either.
Source: OREANDA-NEWS
Подписывайтесь на наши группы: Instagram | VK | Facebook | Twitter
Материалы по теме:

Bloomberg Announces New List of US Sanctions on Nord Stream 2