Belarusian Opposition Calls for Action of Disobedience after Lukashenko’s Inauguration 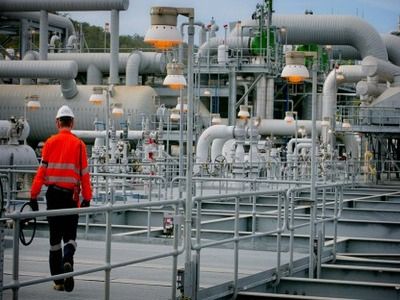 Naftogaz Has Denied Moscow’s Offer of a Short-Term Deal

Fuel and energyOilInterstate relationsgas
OREANDA-NEWS. Naftogaz didn't receive a proposal from the Russian side to conclude a short-term contract, the company’s Facebook reports. “We don’t have any official information from the Russian side regarding the idea of a short contract", the report says.

Earlier, the American media, citing sources familiar with Moscow’s plans, wrote that the Russian authorities intend to conclude a short-term gas transit agreement with Ukraine, which will replace the 10-year contract ending this year. One of the sources pointed out that a long-term deal is not profitable for the Russian side, the agreement for the year "will be just right". Another source said that the European Union invited representatives of Moscow and Kiev to new negotiations on the issue of gas transit to Europe through Ukraine.

Executive Director of Naftogaz Yuri Vitrenko, commenting on this information, indicated that Gazprom should officially respond to the proposal of the European Commission for a new 10-year contract. “If Gazprom does not accept this offer, let it offer its own version. We will carefully consider it”, he said.

In June, Vitrenko said that Ukraine had offered Gazprom its own version of the new agreement, it provides for not gas transit, but swap. According to the proposal of Kiev, the Russian company will transfer to Naftogaz a certain amount of gas at the border of the two countries, and that one will transfer the same volume at the border of Ukraine and the EU. According to Vitrenko, the transfer of gas will be confirmed by adjacent operators (Slovakia, Hungary, etc.). The head of Gazprom, Alexey Miller, compared Kiev’s gas position with the installation of a cart in front of a horse.

Earlier, the media reported that they had learned about the idea of Moscow to conclude a short-term gas deal with Kiev