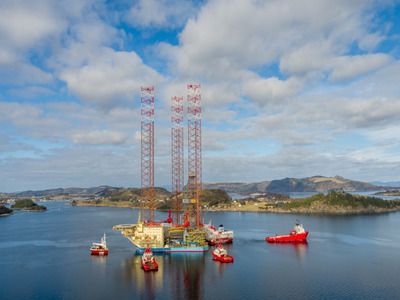 Fuel and energyState financeOilInternational activities
OREANDA-NEWS. The cost of the nearest futures for Brent crude oil rose by 1.5%, to $ 30 per barrel as of 10:08 Moscow time. This is evidenced by trading data.

On Thursday, April 2, oil prices soared after statements by Donald trump. The US President wrote on Twitter that he expects to reduce oil production from Russia and Saudi Arabia by 15 million barrels per day. Trump argued that he spoke with the Crown Prince of Saudi Arabia, Mohammed Ibn Salman Al Saud, who, according to the US leader, spoke with Russian President Vladimir Putin.

The probability of a temporary reduction in production by 10 million barrels per day is high, despite the enormous volume, analysts of the financial center believe. But this won't be a physical reduction, but a technical one, when oil will be withdrawn from commercial circulation.

On the morning of March 3, the Ministry of Energy of Azerbaijan announced that the ministerial meeting within OPEC+ is scheduled for April 6. The statement said that the purpose of the meeting is to stabilize prices in the oil market.
Source: OREANDA-NEWS
Материалы по теме: