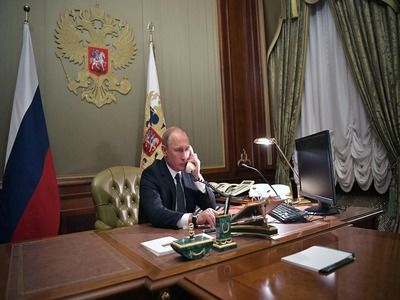 Fuel and energyOilInterstate relationsDiplomatic organizations
OREANDA-NEWS. Spokesman for the Russian President Dmitry Peskov said that while the head of state, Vladimir Putin has no plans to discuss the situation in the oil market, with OPEC Secretary General Mohammed Barkindo and the Saudi leadership.

"There are no such plans yet", he said, answering the question whether the president of the Russian Federation plans to discuss what is happening on the global oil market with the OPEC secretary general. Peskov added that there are no contacts either with the crown prince or with the king of Saudi Arabia. Commenting on the outcome of the meeting on urgent international issues on Sunday at which Putin raised the topic of coronavirus and the situation on the global energy market, Peskov noted that it "didn't aim to make any concrete decision".