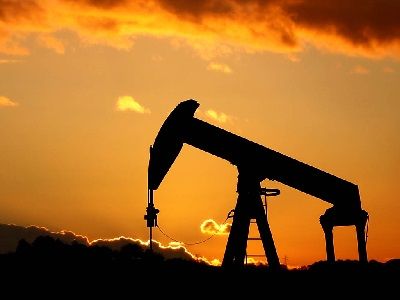 OREANDA-NEWS  Russia will gradually reduce oil production next year. This will happen in accordance with the agreements reached at the OPEC+format meeting last weekend. In January 2019, the reduction will be up to 60 thousand barrels per day, and subsequently reach 2% of the levels of October 2018 — 228 thousand barrels per day. This was stated by Russian energy Minister Alexander Novak.

Most of all, the reduction in production will affect Russian independent oil companies, analysts of the investment company "freedom Finance" suggested. "There are fears that the main burden on the implementation of the agreement will fall on LUKOIL, which now produces about 2.3 million barrels per day, as well as other independent companies, "said Georgy Vashchenko, head of operations on the Russian stock market at freedom Finance.

At the same time, the immediate effect of production cuts may not be achieved soon, since the implementation of the agreement will require several months, the expert believes. According to Vashchenko, LUKOIL production may also decrease in Iraq. Previously, the company has reduced production in this country because of the OPEC agreement.

In addition, in Russia the burden of reducing production is distributed unevenly, the expert believes. "LUKOIL has a large share in the production of high — margin barrels-about 27%. And it is likely that they will not look at production as a whole, but at the level of profitability in oil production," says Vashchenko.

However, not everyone shares this view. If the order of reduction, announced earlier by Minister Alexander Novak, will be fixed at the December meeting with oil companies, the largest volume of reduction will have to "Rosneft" — the leader in production in the country, says analyst "BCS Broker" Igor Galaktionov. In his opinion, LUKOIL will be in second place in terms of load.

The production decline in the fair compliance will involve all key oil company, confirmed senior analyst Amarkets Artem Deev. "The share of Rosneft in Russian production is about 38.7%.In second place — LUKOIL with 61.9 million tons, or about 15.2%. The third volume is "Surgutneftegas "(46.2 million tons, or 11.35%), followed by" Gazprom Neft " (27.6 million tons, or about 6.8%). Closes the five leaders of "Tatneft". This said, the hardest hit that "Rosneft" and LUKOIL is not", — concluded the Deev.