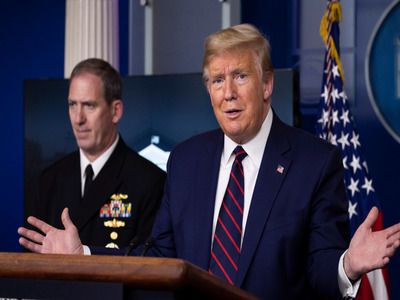 Trump Did not Discuss with Moscow the Reduction of US Oil

Fuel and energyOilEventsInternational activities
OREANDA-NEWS. Donald Trump said during a press conference in Washington that he had not discussed the reduction of oil production by the United States during negotiations with Russia and Saudi Arabia. He reported this in response to a question from one of the journalists.

Commenting on his statement about a possible deal between Moscow and Riyadh, Trump said that the confrontation between the two countries harms the entire industry. “We have an alternative, but I hope they will nevertheless conclude an agreement in the near future. It will be good for Russia, good for Saudi Arabia, good for the whole world”, the American president said.

On the afternoon of April 2, Trump spoke about past telephone conversations between Russian President Vladimir Putin and the Crown Prince of Saudi Arabia, Mohammed Al Saud, but the Kremlin denied this information. Later it became known that Riyadh proposed to hold an urgent meeting of the countries participating in the OPEC+ transaction in order to reach a fair agreement on balancing the market.

At the beginning of March, the OPEC+ summit participants failed to agree on a reduction in oil production, after which quotations began to rapidly decline.
Source: OREANDA-NEWS
Материалы по теме: