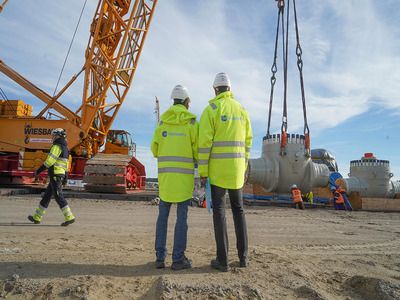 Nord Stream 2 will be a crushing blow to Europe’s energy diversity and security”, said Perry, noting that after the commissioning of the new gas pipeline, Europe will be more at risk of interruptions in fuel supplies, and Russia will be able to stop gas transit through Ukraine.

The head of the Ministry of Energy emphasized that the United States is considering the possibility of supplying its gas to Europe as "an opportunity to bring more freedom and competition to the market". In turn, the Minister of Foreign Affairs of Lithuania, Linas Linkevičius, proposed making the Lithuanian port of Klaipeda a gate for gas supplied to Europe from the USA.

Nord Stream-2 - a gas pipeline with a capacity of 55 billion cubic meters of gas per year will pass from Russia to Germany along the bottom of the Baltic Sea next to the already existing Nord Stream.