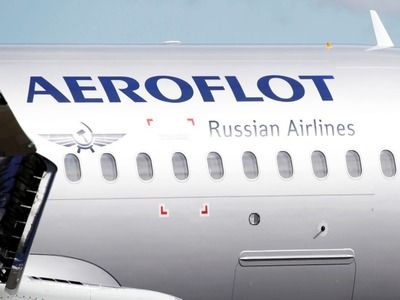 TransportAir transportAirports, air-traffic controlFinance accounting and audit
OREANDA-NEWS. Aeroflot group of airlines (which includes, in addition to the parent carrier, Russia, Pobeda and Aurora) in March reduced transportation by 34.3% to 3 million passengers, Aeroflot itself - transported only in March only 1.7 million passengers, which is 41.4% lower than a year earlier. This follows from the message of the company.

At the same time, in the first quarter, the decrease in traffic amounted to 12.3%, up to 11.2 million passengers, transported as a whole by Aeroflot Group. In January - March, the parent carrier transported 6.9 million passengers, which is 18% lower than last year. "The dynamics of demand and significant restrictions on flights associated with the spread of coronavirus infection in the world affected the operating results of the first quarter and March 2020", the Aeroflot report said.

At the same time, according to the Aeroflot report, in March the passenger traffic of the group on international routes decreased by 54%, to 946 thousand, the company - also by almost 54%, to 730 thousand. Domestic traffic is also reduced: in March, Aeroflot "transported a little over 1 million passengers inside Russia (a decrease of 28.3%), the group - a little more than 2 million (a decrease of 18%).
Source: OREANDA-NEWS
Другие новости: