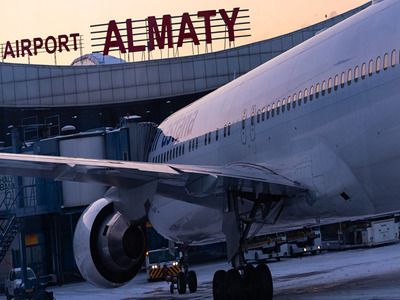 Air Astana Announced the Termination of Flights over Iran

TransportAirports, air-traffic controlAir transportInternational activities
OREANDA-NEWS. The Kazakhstan airline Air Astana announced the termination of flights in the airspace of Iran and Iraq. This was reported in the press service of the airline on Wednesday. Air Astana has decided to change the route from Almaty to Nur Sultan to Dubai, eliminating flights in the airspace of Iraq and Iran, the statement said.

Germany Refused to Comment on Yulia Navalnaya's Arrival in the Country

Ukraine Offers NATO to Use Airspace Near Crimea for Air Operations

Air Traffic between Russia and Four Other Countries is Resumed

Georgia is Going to Lift Ban on Flights from February 1